A Comparison of 3D Scanning Services 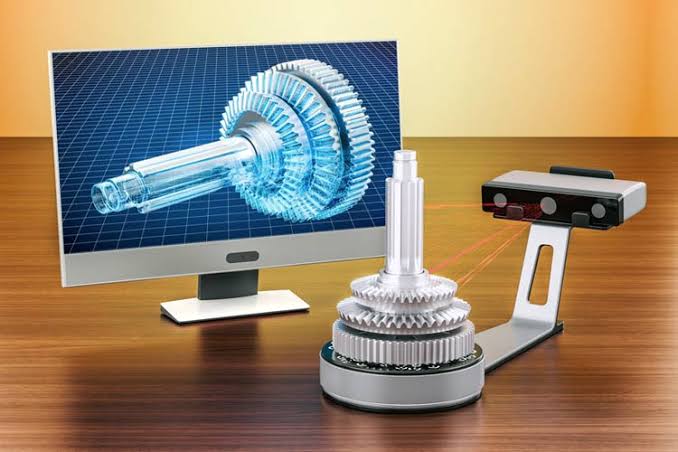 Have you ever considered the benefits of 3D scanning? Nowadays, these services are sought-after in a wide range of industries to aid product design, manufacturing, research and development, testing etc.

There is a variety of three-dimensional technologies employed in the creation of a 3D model of an object, such as photogrammetry, structured light, lasers, and computerized tomography. Each technique offers unique advantages, as well as drawbacks.

Make sure you check out this comparison of three-dimensional scanning services.

Photogrammetry is one of the most prominent 3D scanning technologies, employing nothing but a camera to scan objects. Nowadays, there are numerous providers offering 3D scanning services with the help of high-tech equipment. When using photogrammetry, the item is photographed from a myriad of perspectives, which are then analyzed by a software program. The job of the software is to analyze the photographs in search of certain points, present in every single picture.

Moreover, photogrammetry has revolutionized a large number of industries, as it doesn’t require a 3D scanner to create a three-dimensional model of an item. It plays a major role in the scanning of huge objects in the form of buildings and statues, even mountains. Camera drones are the right tools to use for this job, as these devices scan massive objects from every possible angle.

In addition, the advantages of photogrammetry range from affordability to high precision. Given this technology uses no 3D scanner, the service cost is cheaper when compared to the rest of the technologies. Photogrammetry is known for being surprisingly accurate in capturing the texture of items, as well as for performing ground analysis.

The use of structured light is another popular 3D scanning technology, projecting light patterns on items in the form of geometric figures. Due to the difference in geometry between the article and the projected patterns, the latter tend to deform. In order for a 3D model to be created, the deformations have to be analyzed closely either by relying on just one or multiple images.

On the negative side, this three-dimensional technology using structured light is restricted in many ways. For instance, unlike photogrammetry, it cannot be used for scanning massive objects or in environments abundant in light. Read more about photogrammetry and its various types.

The only way for three-dimensional models to be accurate is by doing the scanning in dark environments. Also, these services are generally costlier because of the high price of the scanners used in the process.

3D laser scanning services are highly versatile, used in various industries. There are two types of scanners employed in three-dimensional laser technology, relying either on time of flight or triangulation. The former calculates the time it takes for the beam to travel to the item and bounce back to the device. For a three-dimensional model to be created, the procedure has to be repeated a couple of times.

The latter method relies on trigonometry when calculating the distance between the laser and the receiver. Laser scanning services are not only used for scanning items but for measuring distances as well. Despite the versatility of this technology, it’s not as precise as the one using structured light. Consequently, the likelihood of making errors is rather high.

Computerized tomography provides three-dimensional models with the help of 2D photographs, mainly used in the field of medicine. CT scans both the exterior and interior parts of items and human bodies with X-rays. Hence, it’s tremendously popular in the diagnosis of cancer and other diseases. The following link, https://www.medicinenet.com/computerized_tomography/definition.htm, explains computerized tomography in detail.

As in the case of the other technologies, CT has its own advantages and disadvantages. Its high-resolution images make it incredibly useful in medical diagnostics. Nevertheless, in order for the scan to be successful, the item or body has to fit inside the scanner, which imposes limitations in terms of size. Unless the scanners are large, the procedure cannot take place. Also, CT can only be handled by a professional technician.

Three-dimensional scans have revolutionized the world of manufacturing, engineering, and medical diagnostics.

We hope this comparison has helped you in choosing the right method!

History of AI Use in Video ...

Top Data Scientist Skills You May ...